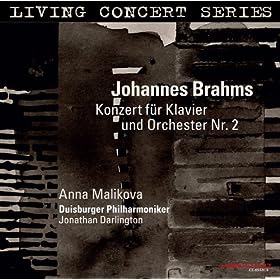 Anna Malikova’s career began in the former Soviet Union in the 1980s. She became known in the West after success in competitions in Oslo, Warsaw and Sydney. Today she performs all over the world and has recorded numerous CDs. She is a jury member for many prestigious competitions. This is a live performance.